13 Reasons Why you should be concerned

At its core, 13 Reasons Why glamorizes suicide. 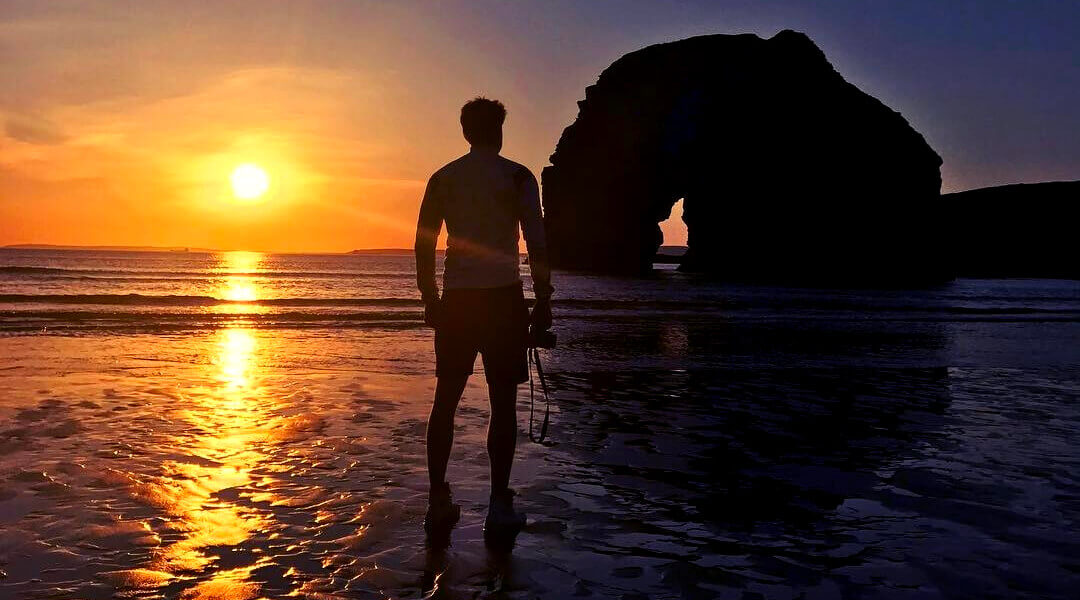 13 Reasons Why you should be concerned

You have heard the hype and a lot of you have probably already seen the Netflix original 13 Reasons Why based on the young adult novel of the same name by Jay Asher already. It was the most tweeted about show of the last 12 months. For those who are not acquainted, it is a melodramatic thriller about a young girl called Hannah Baker who takes her own life. Rather than the traditional note, Hannah leaves tapes detailing the 13 reasons why she did it. As shy romantic interest type Clay Jensen, who has an obvious crush on Hannah, slowly makes his way through the tapes, we learn about the bullying & slut-shaming Hannah had to suffer.

Let’s just pause here and remember at the end of the day it is just a TV show right? I mean, anyone who is watching should be able to enjoy the drama of it all, turn it off and get back to their everyday lives. That is what TV and media is for isn’t it? To escape for an hour at a time and switch off from work/responsibilities? You could even argue that the show helps to create a healthy discussion around a difficult subject and that is encourages people to realise that you have to be careful with your actions/words because you never really know what’s going on with other people but you would be wrong. You would be very wrong.

At its core, 13 Reasons Why glamorizes suicide and that is not okay in any circumstance.

At this juncture, I should probably get my own preceding views on suicide out of the way and I am ashamed to say that in the majority of circumstances, my initial reaction would be to blame the victim for being selfish and leaving family members behind while they took the quick fix. My train of thought always ended up with "Why didn’t they talk to someone? How could they do that to their family? People are dying every day without a choice and you decide to kill yourself? Selfish." I have since come to learn that my views made me a dickhead.

As I have learned and continue to learn more about the problem which is an epidemic for the young men of Ireland, I begin to realise that I used to say these things without realising I have a strong group of friends and family around me who I know I could lean on if/when needed. My naivety about the whole thing led me to presume that everybody would have this and I had no idea about the dangers of depression and how it can wreak havoc on a young fragile mind who feels that the world is against them.

Thankfully I ended up at speaking at a business event and one of my fellow speakers addressed the issue in detail and allowed me to see that I was miles off the mark. My eyes were fully opened to a sensitive issue and make no mistake, Ireland is in a crisis when it comes to suicide. My father used to say that you could never drive too far without seeing a house with some sort of link to Kerry football such was the rampant levels of All-Ireland medals in our county. The same reasoning can now be applied to suicide in Ireland and that is one of the saddest things I have ever had to type.

Ireland has one of the highest rates of male suicide in the world and as a young man in this country, I have to ask how many more sons and brothers do we have to lose before it is addressed?

In the aforementioned 13 Reasons Why, a teen named Hannah is relentlessly bullied until she takes her own life. The show begins after she's killed herself. Before doing so, she left 13 tapes, each one of which is aimed at someone she feels drove her to this state. The people on the tapes - who had raped her, stalked her, slut-shamed her & spread around lewd pictures of her are all appalling creatures in their own way. While issues like sexism and assault can and should be addressed, Hannah’s suicide as a consequence of these things is still really problematic.

Firstly, crediting suicide to one single reason, like bullying, is a major simplification of the countless reasons that people wind up killing themselves. People who struggle with depression may have suicidal impulses regardless of the external circumstances of their lives. Barring one attempt to visit a counsellor, Hannah’s mental state is never really examined, and that is a huge flaw in the show that should have been addressed. The fact that Hannah gets to tell her story after her death, through the tapes, romanticises her death and sends a dangerous message to viewers. Young people are not great at separating fiction from reality and that gets even harder to do when you’re struggling with your mental health so problems will no doubt arise from this show.

That said, the psychological consequences of bullying are real. As much as telling people not to bully or sexually harass people is a good message, telling people that if they kill themselves their bullies will feel bad or be punished is an incredibly unhealthy message to convey and needs to be addressed as well by the show in the second season. All of Hannah’s bullies do feel terrible, but only because they are both psychologically tormented and fearful that their treatment of Hannah will be shared and get them in trouble, which is a pretty normal reaction to expect from teenagers in a real life situation. They eventually see that there was so much more going on with Hannah than they’d known and are left asking what if, but in my opinion this is not something that would happen in real life.

For anyone who seriously thinks that suicide might provoke this specific type of result: Suicide will not make bullies feel guilty about what they did to you. It will not make them view the world in a new light. It will not make them throw rocks at your abusers’ windows. Shitheads will continue being shitheads until they either have a change of heart of their own accord or they permanently become angry losers stuck debating all the poor decisions they have made. Ladies and gentlemen, this is how the trolls of the world are created. These are the people who make anonymous Twitter & Snapchat accounts and send horrible messages to those brave enough to put themselves in the public domain as they believe it is their right and the person receiving them should just take it.

Killing yourself will not make your bullies feel bad. Most of them aren’t that self-aware. The only thing that will make bullies feel bad is you growing up and doing cooler stuff than them, at which point they will awkwardly like all your photos on Facebook and want to be your friend now that you’re the big dog in the yard. As you are supposed to be a grown up now and have rare moments of maturity you will forgive them but the 13 year old skinny kid who was afraid to go to school for months in you will never, ever forget.

While the bullies mentioned in Hannah’s tapes should certainly be held accountable for their actions, the show misleads us into believing there is someone to blame for her suicide. The premise perpetuates the idea that there is always liability when someone commits suicide when this is simply not the case.

Friends of those who commit suicide already go through some version of survivor’s guilt, whether they have a reason to or not. In many cases, they are the Clays - bystanders to bullying & depression. Clay isn’t openly blamed in Hannah’s tape. In her own words, "Your name doesn’t belong on this list.. You’re good, kind and decent and I didn’t deserve to be with someone like you." Although she says Clay cannot be blamed, it’s obvious the show is condemning him for never intervening. He ends the show by conceding, "I cost a girl her life because I was afraid to love her," and while he is informed that love can’t save lives, the show ultimately agrees with Clay’s perspective. Being caring isn’t a bad message, but in the context of 13 Reasons Why it becomes complicated. The last episode ends with Clay reaching out to a student similar to Hannah in many obvious ways. It implies that by being kind, he is able to save her in the way he couldn’t save Hannah.

The show doesn’t openly discuss mental illness in any form, this scene suggests that saving someone from suicide is as easy as a friendly gesture. Clay doesn’t see suicidal warning signs & direct Skye to someone who actually can, an informed adult who could make sure she sees a mental health professional. Instead, he apparently saves her just by being nice but this is not a Nicholas Sparks novel and unfortunately that is just not how suicide works in real life.

A show where suicide is portrayed as a revenge fantasy is troubling enough. It’s even more troubling that 13 Reasons Why chooses to graphically show the suicide on-screen. And they do show how Hannah did it, in great detail, step by step just in case vulnerable people had any doubts. While you may be thinking that this seems like too much outrage directed to what’s intended as thought-provoking entertainment but given that we now know that younger people are more susceptible to suicidal ideation if they see others doing it, it’s one of those topics that needs to be handled very carefully and that’s not how this show is executed.

TV shows and films can raise awareness and encourage discussion about suicide without needing to glamorize it. An episode of Grey’s Anatomy helped debunk the long-standing myth about suicides spiking during the holiday season but producers and writers need to take on more responsibility. It is such a powerful medium that there can be great productions and depictions that actually help the public better understand suicide but 13 Reasons Why is not one of them.

Instead, this show implicitly glamorises killing yourself because it allows you to think that it will do precisely what it won’t: Solve all your problems, make your enemies feel remorse and give you some sense of justice. What it gets wrong is that justice can only be felt by the living. As for you? Like Hannah Baker, you’ll be dead.

For our Irish readers if you’re having suicidal thoughts or just need to talk to someone who can help, there are a number of useful links below and for anyone else reading from somewhere else in the world, please seek help from a trained professional if you think that you need it.

PIPS - Public Initiative for the Prevention of Suicide 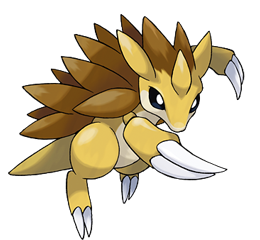