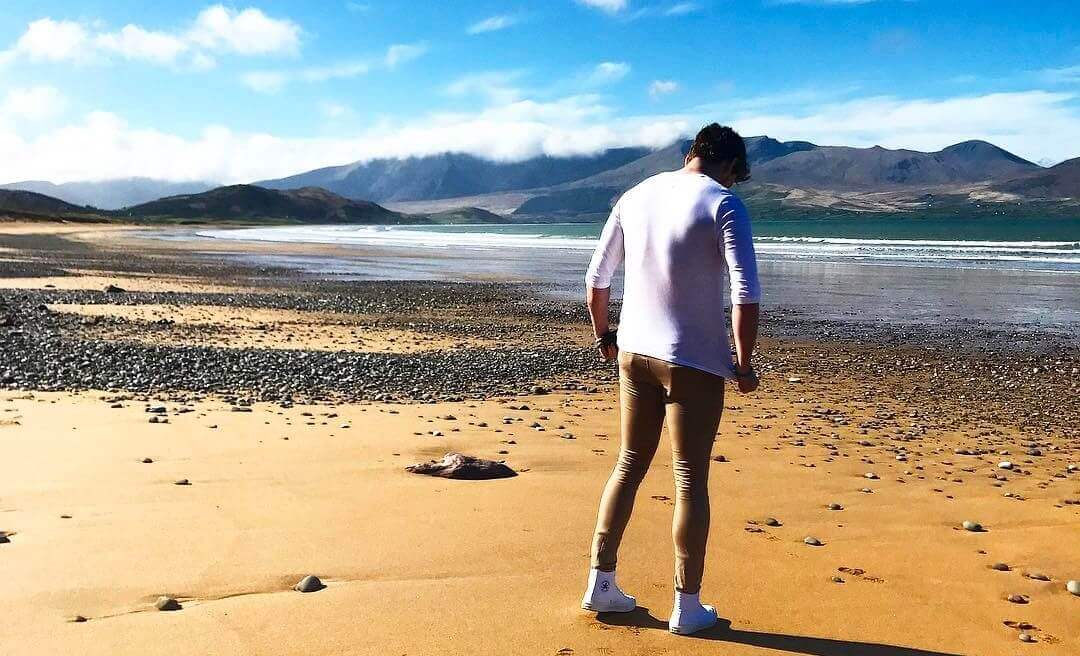 I am prepared for the backlash from people who are going to take this article personally because it relates to the feeds I scroll through every day and to be honest I will be relived if I get savaged or the usual threatening emails/DM's. I am confident that every person aged 22-35 will be able to relate to this article and I would be disappointed if it did not elicit a response from you, positive or not. There is a growing epidemic which is really beginning to make me think about how we consume social media in Ireland and probably all over the developed world to be honest. As I can only speak from my own personal (& Avalanche) feeds I will focus on our little green island.

People are ignorant about the power of social media and the dangers it poses to us as a whole. If a stranger approached you asking for your name, age, phone number, names of family and friends, and interests, with the intent of sharing that information to more strangers, you'd probably be hesitant to readily give up that information. Yet that's essentially what users do when they create their Facebook profiles. All of that information about you isn't owned by you. All of those personalized data points belong to Facebook, and there are ways all that sharing can come back to bite you. Not to sound too dramatic but Facebook owns you without you knowing it, they have access to such sensitive information and it amazes me that the majority of people are not only unaware of this fact, they are happy to remain in ignorance. Facebook's policy might not be to deploy ads with your profile photo or information site-wide, the site does have a policy in place that allows it to use your information to advertise to your friends. Chances are you did not know this, right?

Darkness into Light is taking place this weekend and you are kidding yourself if you think that the pressure that social media has introduced to society has not contributed inn some way to the absolutely shocking suicide numbers in Ireland. The same technology that brings us closer to people who are far away actually pushes us away from the people that are close to us. People are so obsessed with portraying the perfect versions of themselves online, they forget that life isn’t lived there. I mean, as long as you get that selfie in a new dress on Saturday night, who cares if you only have €8 in your bank account. People won’t see that so it’s all good, right? Back in December 2015, a 44-year-old California man was arrested for using GPS coordinates from geotagged photos he found on Instagram and Facebook to find women’s locations, break into their homes, and steal their underwear. After the incident, Police warned women to double-check their privacy and location data, since updating your phone can cause those settings to revert to the phone's default.

While this may seem far-fetched, it could have easily escalated into something more sinister. New parents, but particularly, mothers think nothing of uploading daily updates about how their child is progressing in life, all the time ignorant of the dangers they are placing both themselves and their children in. While it can be annoying to look at the same thing every day from these people, my message is much deeper than this. I have witnessed the horrors the Dark Web has to offer with paedophiles openly offering all too willing hackers money to erase their history and browsing habits as the authorities circle above them freeing them up to do more harm. I can almost guarantee that if you have a kid posted all over your social media, there is images of him/her saved somewhere that would make your skin crawl, so why the fuck are you posting "Bath Time" pictures? For the love of God, use your head.

Displaying such moments is an incredibly risky activity, at worst, it leaves children open to the most horrible people the Dark Web has to offer (You think those random friend/follow requests are all innocent?) and at best, they are leaving permanent digital prints of these children that they never asked for. It is a disgusting idea to think that the youngest generation will never have the chance to opt out or even understand what social networking was when the first photos of their infant selves appeared online. They will just fall into whatever format social media takes by the time they are old enough to use it, even though it will be much later, if ever, that they begin to understand it. Children who literally do not know their own names yet are being data mined by major corporations and they can thank their blissfully unaware parents for it. This is just the tip of the iceberg and I believe that social media classes will be introduced to secondary schools in the near future to try and counteract the issue.

People have spent so long uploading images of nights out/holidays with friends they are conditioned to upload sections of their lives uploading images of the things that are now going on in their life, they are beginning to have kids, family occasions are becoming more regular and my personal favourite, the scores of people who decide to use the death of a family member (or the anniversary of a family member they never even met) to score likes. This really gets under my skin and I believe that Facebook really needs to do something about it. It is twisted, self-serving and downright disgusting behaviour. Don't get me wrong, there is no specific way for anyone to grieve and there probably is people that have found solace in posting about it on social media.

Speaking as someone who actively avoids any emotional problems in my life with a healthy dose of Jameson, I am in no position to lecture anyone on the best way to grieve. My problem arises when I see you posting about your recently deceased family member in some "heartfelt" message at 2.00pm and then you are sharing a post at 3.00pm to win tickets to The Coronas or even something more meaningless, it rings a little bit hollow and makes me question if you ever even gave a shit, but hey, at least your dead parent got you 500 likes. That should cheer you up when you look across the table on Christmas Day. Do you see the unhealthy problem with oversharing & ignorance on social media yet?

I am so grateful that social media was largely not around in my teenage years when the majority of people are a lot more vulnerable and don't realise the eternity of the internet. Life is hard enough when you're a kid with social anxiety issues then having to worry about Snapchat, Instagram and Facebook. People are now equating likes to currency and now find it impossible to just be in the moment and enjoy it. People specifically go to events/destinations to display it on social media. Last year I was at Tomorrowland in Brazil and for the first time in years, I was completely off the grid and once I got over my initial anxiety I actually loved it. It was a fascinating environment to be in as one of my friends has no interest in social media whatsoever, it is merely used as a communication tool while the other, similar to myself, uploads content to platforms pretty much every day. Once he got over his initial disappointment that he could not document the festival on Snapchat, we could actually immerse ourselves in the experience and we would all agree that it contributed to the overall experience. While it's unlikely that you're going to stop using all of your social networks entirely due to this blog, these are still some pretty good reasons to turn off your phone tonight and just chill for a bit and actually enjoy that concert/match.

Even with all these worrying points about social media, I still believe it has the power to be a driving force for change in the world, I use it both from a personal and business point of view extensively and more than likely you will have found this article through social media. Instagram & Facebook are a huge part of my business and are responsible for the majority of my website traffic, while Snapchat is not far behind. It is a fantastic chapter in the history of the internet and I believe in utilising it as much as possible. I hope this article just lets you know about some of the dangers/unhealthy behaviour that social media (particularly Facebook) can impose on your daily life without even realising it. Social media is tailor-made for decreasing our productivity because you spend hours looking at everyone else life when you could be doing something else.

This means that most of your time is spent on viewing photos, liking posts, and writing comments and these activities don’t require the use of your intellectual abilities. They aren’t intellectual at all & distract you from activities that are such as reading, studying informational articles on the internet, etc. Your brain doesn’t get enough food for development and your intellectual abilities will decline. Your brain will slow down and not be able to respond quickly in various situations. So do yourself a favour, read up on the dangers of social media, let your kids just be kids, we were never subjected to a photoshoot every day and we managed to get through it, stop making a family tragedy all about you on Facebook and do some fucking work.

If you are one of the people pissed off about this article, please feel free to get in line and I will prepare a smart comment for each of you but please remember I don’t wnna tlk bout t here, so pm me hun.

"You spend so long worrying about your followers, you need to worry about your dollars" - Drake 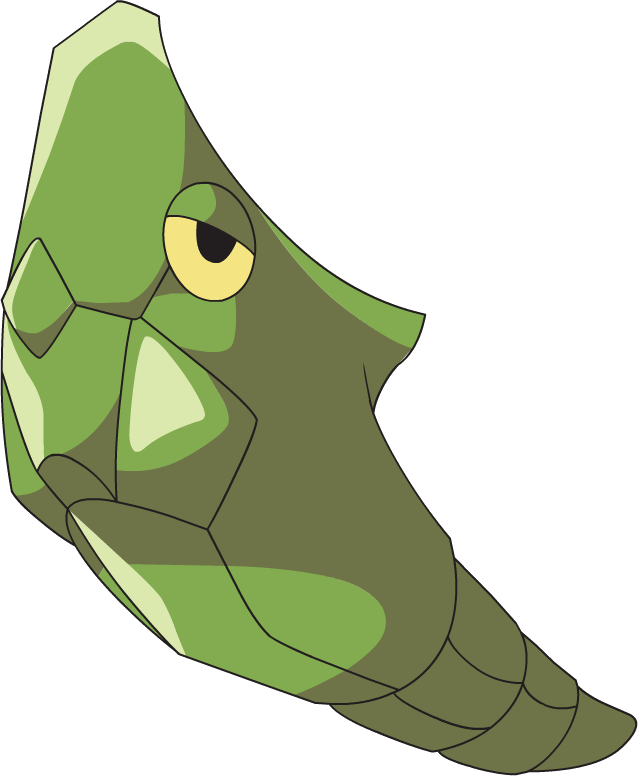