5 places you should travel

See some places off the beaten track. 5 places you should travel

This is a bit of a stray from my usual blog articles which usually consist of things that are annoying me, my life problems and/or complaining about something. While they are compelling to read (so I am told by my mother and strangers on the internet) they are tough to write as I need source material to do so and I usually need to be dealing with some overwhelming problem in my life as this is where I write from.

They also take some time for a myriad of reasons. Usually, because work gets in the way but full disclosure, the World Cup has taken over my life and as it is summer here in Costa del Ciarraí at this very moment, I am usually only one snap away from downing tools and heading to a beer garden. Productive? No, not in the least but if you can’t have a pint while watching Iran v Spain in 25 degrees, what is the fucking point of owning your own tech company? I mean, you wouldn’t catch Tony Stark inside when there are bikini clad women everywhere and local bars to financially support?

It is not my main problem for producing content here as I can do almost everything on my mobile devices and when you work 100 hours a day for 6+ years, nobody doubts your ability to get the job done. We are even now producing tourist videos for countries & companies around the world which is a strange extension that I did not see coming but I digress. The main problem I am having on producing my usual "controversial" pieces is because I am happy. When you are as emotionally stunted as I am, that is a strange word to type but I think that’s what it is?

I have nearly got complete control of my professional life (which is in all honestly, the only aspect of my life I care about), Avalanche has just completed the two most successful quarters in it’s history, I am building several AI led programmes which I am confident of selling and I am gradually growing up a little bit every day. All that remains is to put a ring on someone & give the mother a day out but at the moment, I am closer to joining Nasa than finding a female who can tolerate me for more than an evening.

When the worst thing you think could ever happen to you actually happens (See last year when I decided to tell the world about my ongoing breakdown & recovery after hiding it for more than a year), it is shit at the time and you will definitely experience a few hard looks in the mirror (I did anyway) but something wonderful also happens. You gain perspective, and this is healthy. You simply stop caring about small things that are not important, you find yourself almost bulletproof from the day to day problems of life. Small work issues which would have once thrown me into a panic simply do not anymore. I can analyse and fix because I know it’s not hard anymore. Miniscule social issues become just that, you simply find the inner peace to not care what anyone thinks. You can even drunkenly lip sync on Instagram to 10k people and you just won’t care. You become immune to embarrassment, I wholly recommend it.

With why I haven’t been blogging out of the way, let’s get down to why you are here. I have been lucky enough to have travelled a lot with work and even with all the stupid quotes you see on Instagram, it truly is one of the most fulfilling things you can do. That is of course, if you don’t go to the same resort in Santa Ponsa for the next 12 years with the same people. Jesus Fucking Christ. Have some imagination. So, here is my list of the 5 places you should visit and why, some obvious and others probably not.

Long seen as the Instagram capital of the world, this was on top of my list for a while. While Santorini is beautiful, it has long been overrun by tourists and is just painful to navigate. Just ask the 5" Asian lad that I thought I killed with a Paudie Maher-esque shoulder by complete accident. It is a dreamy location with Instagram locations galore, but it is not the paradise it is portrayed as. The infrastructure (world’s worst "airport", if you can call it that) is painfully inadequate, and it is quite expensive for those looking to travel on the cheap. WiFi is also quite painful and I struggled work wise.

That being said, the sunsets on Ios are ridiculous and they have some fantastic beaches. My recommendation is to instead spend your time in Athens which I found beautiful and modern after a week in Santorini.

Highlight was the Ios sunsets & the Acropolis in Athens.

Regret: More time should have been spent island hopping.

Going to combine both of these even though they were separate trips. Rome is without a doubt, one of the most beautiful places in Europe. You can almost feel the city talking to you as you walk around, and the food is probably the best I have ever experienced. You will have to hit the gym hard when you come back from Rome because you will get fat, best to just embrace it. The only let down I had in Rome was the Colosseum, I couldn’t help but think "meh" as I was led around by a tourist group which was part of the problem, it is completely oversold, and it is on my bucket list to go back and break in during the night, so I can have it to myself and do the Gladiator speech.

Now, at the time I did not have a drone and I am 99% sure if I was to go back with a drone, my opinion on it would flip 100%. Venice is also a fantastic adventure but 2/3 days here is absolutely plenty to explore. I recommend a day trip to Burano, which is home to the many colourful Instagram photos you will see if you search the #Venice hashtag. I would Recommend flying into Rome from Dublin and planning your return flight from Venice. If you are going to use a drone in Venice, you better be insured or very cautious, it is incredibly stressful due to bastard seagulls.

Highlights were the food in Rome and visiting Burano, Venice.

Regret: No drone for the Collosseum.

Probably the biggest adventure I have embarked upon thus far in life. This trip consisted of 4 of us going to Tomorrowland in São Paulo while then shaking off the hangover from this for a week in Rio. I will admit, all we saw of Sao Paulo was a dusty few hectares in the middle of nowhere, but Tomorrowland in Brazil is absolutely ridiculous. The music, characters, sun and just general acting the bollocks marks it as four of the best days of my life. Rio de Janeiro was much more touristy and there are many beautiful things to do from hikes to beaches and just wandering around. All of which can be done pretty cheap!

1. Do not organise a boat tour. You will almost die and drink heavily to celebrate your new-found respect for life. It’s the Irish Catholic way. No jokes.

2. Don’t ask a Brazilian lad for a nightclub tip. Whatever got lost in translation in our trip, you will end up in a Brazilian brothel. You will almost die again when you try to immediately leave when you discover your surroundings. Apparently, this offends Brazilian whores. Who knew? This is the type of information I should have been told in secondary school geography.

Highlights: Skúl Beats. I will find you again.

Regret: Same as Rome, not having a drone for Christ the Redeemer is perhaps my biggest travel regret.

Iceland is almost surreal in it’s rugged beauty, you will literally find yourself agape as you simply drive around and take in the ridiculous scenery on offer. Every stop is better than the last and it is a much more Instagram friendly location than the famed Santorini (with several hundred less annoying tourists). It is a short flight from Dublin and all you need to do is rent a car and point it towards a coast. I was there in April which has its benefits weather wise as it was not too cold compared to the traditional winter months.

As with any Scandinavian country, it is quite expensive so prepare for that when it comes to eating out and general purchasing. The food is also poor compared to traditional cities, i.e Paris, Rome but this is a small issue for most.

Highlight: The amount of Icelandic people who thought I was Mike Ross from Suits. Solid. In all seriousness though, the Black Sand Beach in Vík is my favourite spot in the entire world aside from the Nun’s beach in Ballybunion. Watching the sky on fire in freezing cold is something that will stay with me forever.

Regret: Did not see the Northern lights despite multiple attempts.

Beginning with Porto, to be honest, this is probably one of the "meh" places I have ever been. It just does not really have a lot going on, it is nice to walk around, and the food is beautiful but overall it is a good way down my travel list. Enter Madeira. The only way to describe Madeira is the closest thing to Paradise I have ever seen. Every single inch is beautiful. From the massive peaks and mountain trails to the beautiful beaches. It is the most painstakingly beautiful place I have ever had the pleasure of seeing. I have never had the amount of DM’s/emails asking me about a trip than Madeira (I will be keeping the location of that Waterfall post to myself!) and rightly so. It is an absolutely amazing part of the world.

There was also a subplot to my trip to Madeira, I, Aidan O’ Carroll, being of sound body & mind (ish) subscribe to the theory of Cristiano Ronaldo being the absolute greatest to ever play the beautiful game. Madeira is the homeland of one of my childhood heroes, so it was a privilege to experience some of the World Cup on his home island The Portugal v Spain 3-3 draw was particularly ridiculous. You could almost hear the entire island scream "Siiiiiii" when he whipped home that free kick for his hat trick. You cannot underestimate how much he means to the people of Madeira and his museum on the beachside is well worth a trip.

Overall, I recommend Madeira to anyone, regardless of their travel tastes, if you like to laze about and do nothing, it is easily 30+ degrees every day. If you want to hike, surf, skate and cycle your way around this Mediterranean paradise you can do that too. If you are going to travel a lot or only make an annual pilgrimage. Go and see Madeira.

Highlights: Pico Ruivo at sunrise after a pretty scary hike. Literally walking through clouds to get to a mountaintop is pretty dreamy. 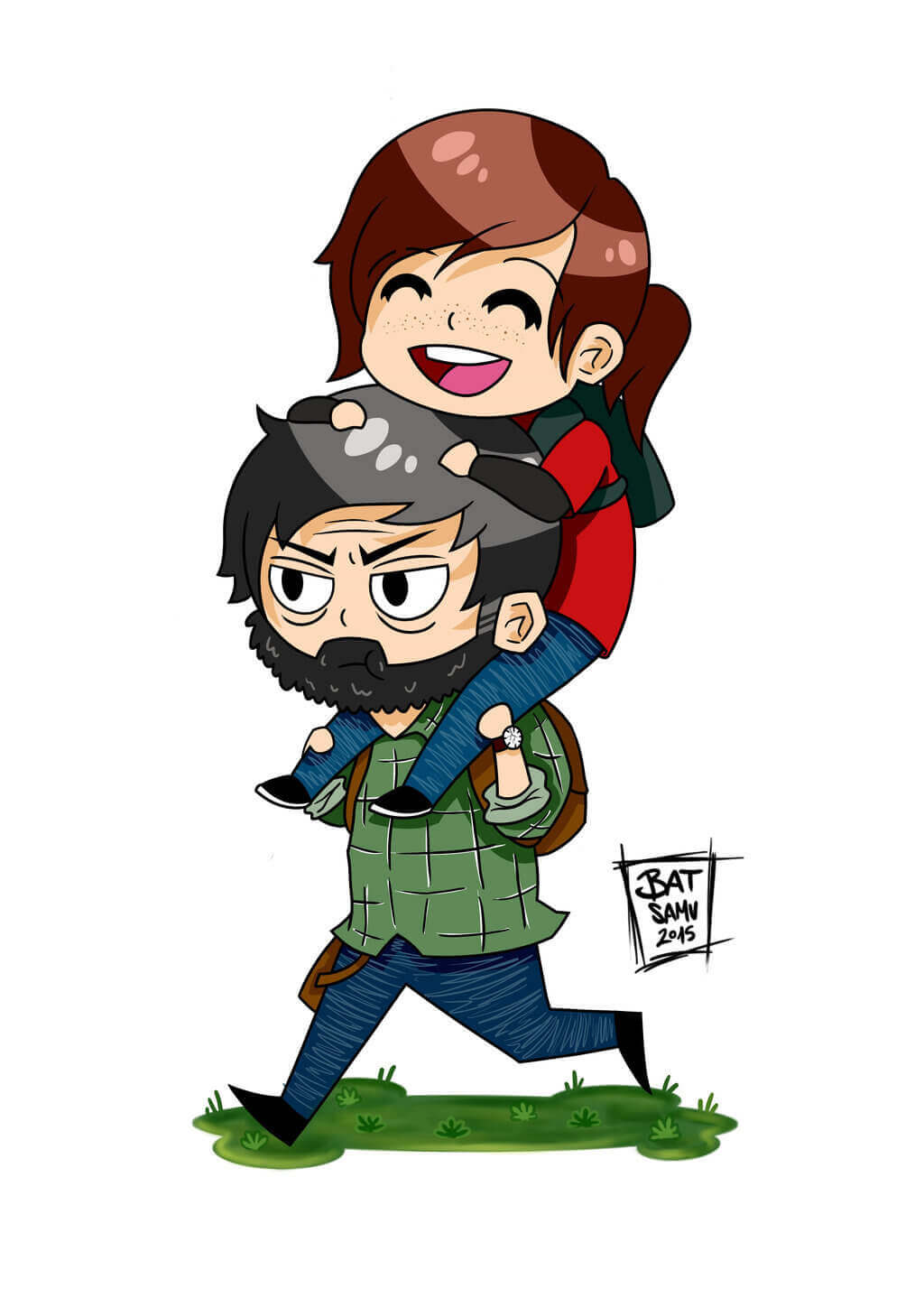